Few artists manage to play their way into the hearts of their audience in such a versatile way as Manuel Rubey. He was once a singer in the German-speaking band Mondscheiner and is currently in the great all-star formation Familie Lässig, he successfully performs cabaret, landed a bestseller in 2020 with his book debut “Einmal noch schlafen, dann ist morgen” and is also a sought-after actor in the German-speaking world.

Rubey appeared in David Schalko’s cult TV series “Braunschlag” and “Aufschneider” for ORF and as Inspector Merana in the series “Landkrimi” directed by Catalina Molina. In the cinema he was seen in “Falco – Verdammt, wir leben noch”, in Marie Kreutzer’s novel adaptation “Gruber geht” in the title role. In Johanna Moder’s multiple award-winning hit movie “Waren einmal Revoluzzer” he starred alongside Julia Jentsch and also co-wrote the screenplay. His roles are sometimes quintessentially Viennese, such as in the legendary series “Echte Wiener”, but he also plays many High German roles, such as the murderer in the Stuttgart Tatort “Der Mann, der lügt”.
Rubey has received awards in Austria for all his art forms, whether cabaret, music or acting, including several Romys, the Austrian Cabaret Award, as well as the Amadeus Award with his band Mondscheiner.
In February 2021, Rubey will release the audio book “Einmal noch schlafen, dann ist morgen” on Fabrique Records. It has become much more than simply an audio version of the best-selling book as it will also include a four-track EP produced by Viennese electronic musician and multi-instrumentalist Peter Zirbs.
Songs by Tocotronic, Nirvana, Kettcar and Bob Dylan in a neon-coloured electro-synth outfit? Sounds good to us! Manuel Rubey interprets selected favourite song pearls with the necessary wink and a compelling charm that is hard to resist. Audio book and EP – an extremely diverting work of art! The secret guest star: Rubey’s 10-year-old daughter Luise.
photo © Tim Cavadini 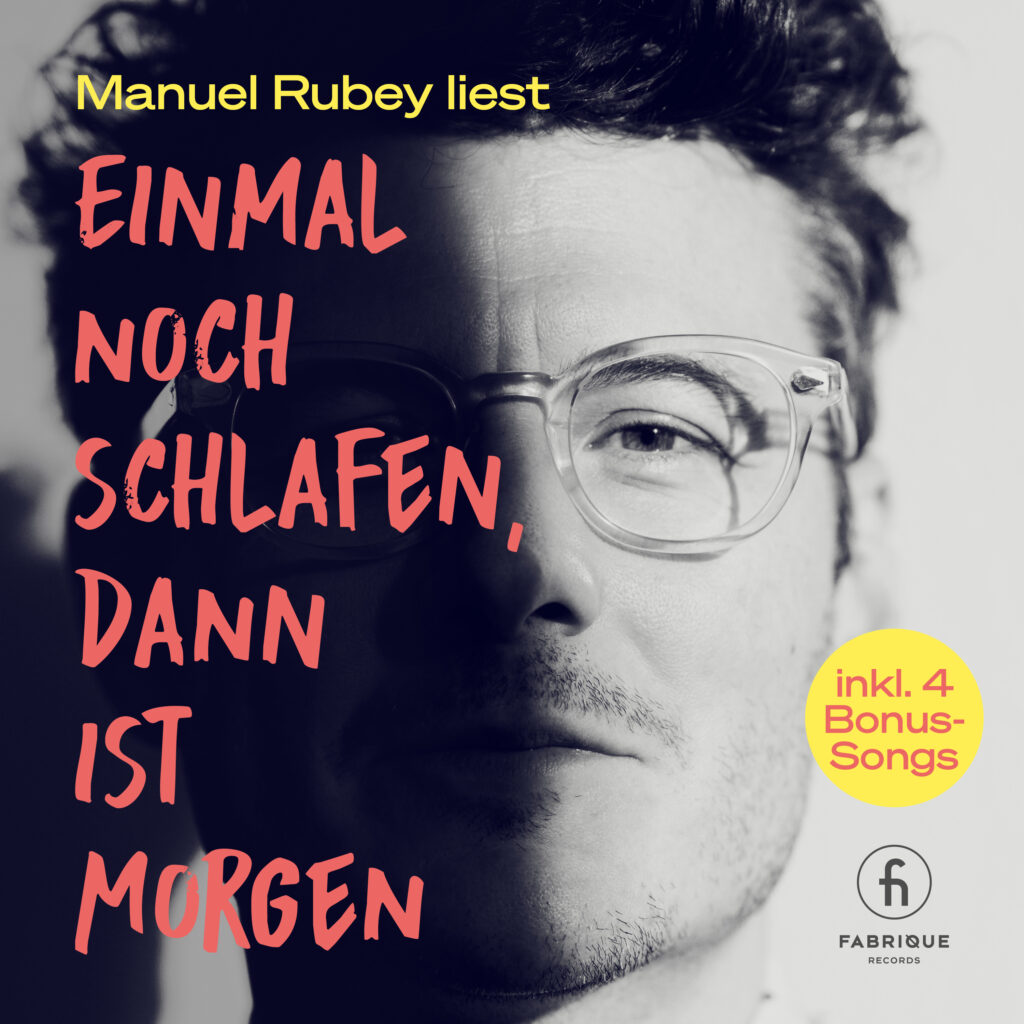