The Sonic Projector for your Inner Cinema. Bass as big as intergalactic portals; metallic industrial-sounding dub episodes and alarmingly rocking beats: welcome to the world of Markus Kienzl. His first memory of actively listening to music can surely be described as psychedelic: at the age of eight he put on a Pink Floyd record borrowed from his older brother to stage his own personal music theatre and catapult himself into another world. Maybe this could be the origins of Markus Kienzl’s preference for vivid sound. Cut. Fast forward.

The Sofa Surfers, Kienzl’s mother ship band-wise, had their big moment in the nineties: tricky yet grooving beats matched with filmic soundscapes and sprinklings of dub; musicians playing quasi-club sounds live – this kind of thing was hard to come by. The Sofa UFO took off with masterful ease, followed by tours and licensing right around the globe. Life in a sleeper bus? Done. Dishing up a track for Apple’s OS X 10 operating system? Done. At the time of writing this the band have made it up to six albums.

Developing a life of his own. At the same time Kienzl was constantly refining tracks of his own. The albums ‘Product’ (2005) and ‘Density ‘(2009) along with several EPs showcase a style that clearly crystallises dark, urgent basslines, industrial rhythm fragments, fat, occasionally trip hop-like beats and hypnotic vocals. Yet this is just one side of a sometimes scary coin: he displays an equally good knack for captivating melodies and exciting chord progressions.

Between these two poles there’s a lot of space for your imagination to jot down its own notes. His track hybrids always trigger images; entire scenes seem to play out, flickering in front of the inner eye of the listener. It’s cinematic, in the most important sense of the word – though there doesn’t always have to be a happy ending.

Soundtrack Drama. So it’s natural that soundtracks also appear in his back catalogue. For example, with the Sofa Surfers he helped the film versions of Wolf Haas’ crime novels to get their laconically morbid sound atmosphere. On the other hand, connoisseurs of racing video games may find his song Dundy Lion sounds familiar – it was licensed to the cult publisher Rockstar Games USA as the main title track for ‘Midnight Club LA’. Being a bit of a gamer at heart, that part of Markus was really chuffed.

Then in 2011 a musical engagement at the Theater in der Josefstadt came along, turning the theatre stage into another playground for Kienzl and the Sofas; they successfully expanded this newly-annexed area of activity in 2013 at the Vienna Volkstheater. Winning the second Amadeus Austrian

Music Award the same year now almost seems like surreptitious recognition of their work as a whole.

Journey to the Centre of the Beat. Cut again. Zoom into the present. Now, in precisely this moment, Kienzl is further moulding his definition of music; he is currently producing the second album from the SAEDI project with singer-songwriter Tania Saedi, as well as the Happy Martyr album for Fabrique Records – a project from UK underdogs and heroes Boz Boorer (Morrissey, Polecats) and UK rap artist Alex Lusty. But a lot of fresh material of his own is also finding its way out of his studio monitors, and it doesn’t seem any less uncompromising, hypnotic or filmic than earlier works. In fact, just the opposite is true; the idea of music as a mind-expanding legal drug and a reliable means of transport into other worlds taliies with Markus Kienzl’s sound more than ever. And his spaceship has just picked up speed again

In 2014 Markus teamed up with UK rap artist Alex Lusty to form Kienzl&Lusty.

Remixes | Tosca, Femi Kuti, Cutty Ranks among many others 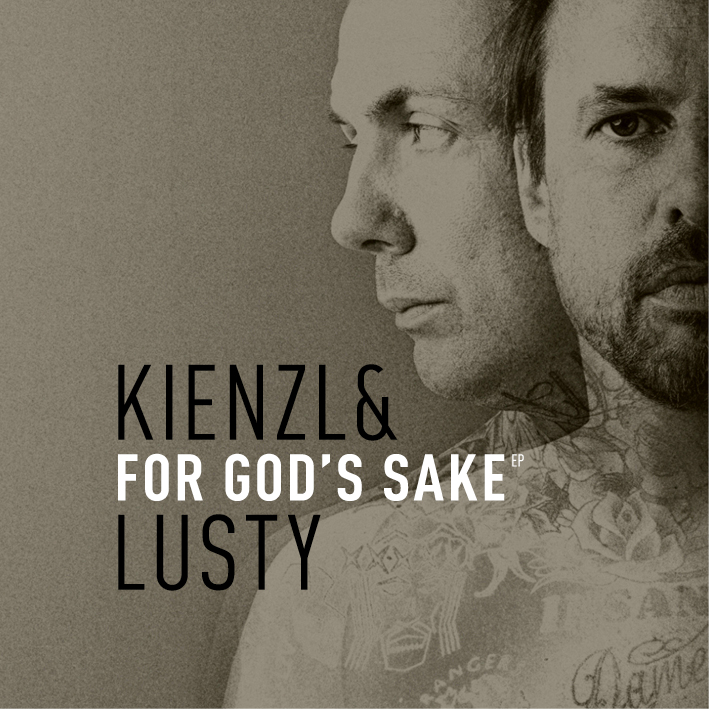